Cannabis Under Mount Rushmore: An Interview with South Dakotans for Better Marijuana Laws

While the 2020 election night and the succeeding days proved to be quite eventful for all levels and branches of government, the shock and amazement from the success of recreational cannabis reform during that night can’t be understated and the ripple effects of which will be felt for decades. Four different states that fall in drastically different areas on the political spectrum all legalized adult-use cannabis. Arizona, which was the home state to one of our country’s most respected and decorated Republican Senators of 31 years yet voted Democrat in the 2020 election, passed Proposition 207 by a margin of over 20 percent.

Since his 2017 inauguration, New Jersey Governor, Phil Murphy, championed cannabis legalization. It wasn’t surprising that The Garden State also voted to legalize recreational cannabis on 2020 Election Night with a 68 percent majority. Although, it’s a gracious and much-needed change from the cannabis viewpoints of the governor prior. Chris Christie, a bombastically plump man who only loved closing vitally important bridges slightly than he enjoyed referring to cannabis as a “gateway drug” and threatening a nationwide crackdown during his hilariously flopped presidential campaign.

As Mississippi itself is arguably the most red state in our country given the fragment of the Confederate flag that was only recently taken off their state flag, the fact that Initiative 65 passed with a 68 percent majority despite the warnings of several public health officials and prohibitionist state representatives shows the true bi-partisan support of cannabis. The native Texan within me is still slightly furious that I must admit this, but Mississippi will officially have a medical cannabis program with 22 qualifying conditions long before Texas apparently will.

Although possibly the most surprising and almost wildcard-like recreational cannabis reform victory of the 2020 Election came from the most unexpected of states, South Dakota. In making cannabis legislation history, The Mount Rushmore State became the first state to legalize cannabis on both the medical and recreational levels simultaneously. With the passing of Measure 26, which legalized medical cannabis and Amendment A which legalized recreational at a majority of 70 percent and 54 percent respectively, fully legal cannabis and a local industry may soon become a reality.

Getting those bills passed in such an otherwise conservative state was a coordinated effort from multiple groups and experienced legal professionals such as sponsor, former US Attorney for the District of South Dakota, Brendan Johnson. This large scale effort shows the democratic importance of ballot measures in the American governmental process. Partnering with New Approach South Dakota, Marijuana Policy Project State Policy Coordinator, Jared Moffit, formed South Dakotans for Better Marijuana Laws.

“In 2019, we helped with the drafting (of the bills). The signature drive happened in the fall of 2019 and luckily, that was all done before COVID hit.” Moffit explained. “Luckily in South Dakota, our campaign wasn’t affected as other states were from the pandemic. We were already on the ballot going into 2020.”

Moffit agrees with the doubt and hestiance surrounding the idea of a state redder than Kool Aid such as South Dakota fully legalizing. However, as MPP does extensive polling of residents in the states that they consider assisting in the legalization of cannabis for, they knew the support for legalization was certainly present.

“South Dakota was known as a conservative state for cannabis partly because the governor and the Legislature thwart any efforts to make any type of reform. Then you see Measure 26 pass with 70 percent of the vote, it shows the politicians are wildly out of touch with the voters on this issue.

“I think that it’s part of a larger trend that you’re seeing of voters of every party and political ideology coming around and it’s not always the same reason. The reasons used in South Dakota were not the same used in New Jersey, but there’s definitely a consensus forming in the mainstream political sphere of the country.”

MPP and SDBML are elated with the results in states that range in red to purple. And the conservative viewpoints that lend in supporting cannabis reform are obvious. The government won’t be using mountains of fiscal resources to imprison victimless offenders and can be used to investigate crimes with a victim. Citizens of those states will be given personal medical liberty and freedom to treat whatever ailments in their own way, and countless jobs and employment opportunities would be created. While taxation among conservatives seems to be a divided issue, I doubt many of them would argue against millions in tax revenue for their communities.

As for how that recreational marketplace and local industry will look is still open to interpretation and prediction. As South Dakota is an incredibly isolated state from the West Coast cannabis influence and the only neighboring recreational legal state is Montana, industry professionals should pay attention to the Mount Rushmore State. The distant state, far from California’s golden cannabis coasts, could very well develop their own methods of practices and signature landrace strains prevalent only in South Dakota dispensaries.

Moffit and MPP hope to see a “competitive but accessible” South Dakota cannabis industry where everyone has a fair shot at starting successful canna-businesses without the cronyism and blatant favoritism that may or may not be present in droves within the Las Vegas cannabis industry.

“There are ways to create licensing tiers that give everyone a role to play.” Moffit explained. And so far, MPP has no reason to be worried about the regulators, the Department of Health and Department of Revenue, thus far. They would also recommend an industry that’s “palatable to local counties and towns” as Amendment A allows for the individuals townships themselves to dictate whether recreational dispensaries and cultivation would be allowed to operate.

And in similarly legal states like Colorado and Nevada where certain more rural counties have outlawed recreational dispensaries and cultivation, it wouldn’t be surprising to any cannabis industry professionals if a majority of the recreational businesses are located within the bigger cities. Minehaha County, which primarily houses the state’s most populous city of Sioux Falls, voted 60 percent in favor of Amendment A and Rapid City’s home county of Pennington County voted in favor of the amendment by a 58 percent majority.

Home to the state capital of Pierre, Hughes County’s results were the purest definition of a neck and neck vote. And by that, I mean that Hughes County ruled in favor of Amendment A by only two votes of an electorate of 8,694.

And as there’s nine different Native American reservations spanning South Dakota, this could add some more diversity and vastness to the industry itself and the catalog of products and businesses.

Moffit does, however, advise that South Dakota cannabis advocates remain on defense and follow the upcoming 2021 South Dakota legislative session, as the lawmakers may create challenges or other alterations to fully recreational cannabis.

“We don’t know specifically yet, but we’re still waiting to see what they’ll come out with. We’re sure that they’ll have several bills introduced to try to potentially disrupt implementation.” 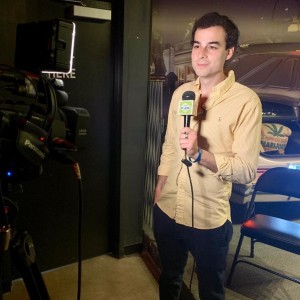