More than 800 Wisconsin dairy farms closed in 2019. Although that number went down in 2020, the outlook is still bleak. Some farmers are turning to hemp as an opportunity for new revenue.

Kevin Jahnke’s farm in Lancaster, Wisconsin, has been in his family for four generations. At the turn of the century, Jahnke used his new knowledge of intensive grazing to take the farm from a hobby farm to a full-time operation. Expanding from approximately 25-65 cows, the farm also transformed back to a dairy farm from a beef farm.

At first, the farm prospered. The organic sector of dairy farming continued to grow. Then, around 2011, big corporate farms began popping up around the country. Thousand-cow dairies out west began flooding the market with milk. Consequently, the organic price started to drop.

“We went from being profitable to really watching our P’s and Q’s to break even,” Jahnke said. “Then at the same time, I’ve got three sons who want to be involved in the farm. We’re paying them wages on top of our dwindling income. So that led us into looking for what other things on our farms would be profitable.”

When Jehnke heard Wisconsin legalized hemp, he saw it as a chance to gain some new earnings. While going to informational meetings around 2018-2019, he connected with the head of the South Central Hemp Co-Op.

Wisconsin grew more hemp than any other state in the 1940s. The government paid farmers to harvest it because they needed fiber for rope in World War II. But growing the crop became illegal in 1970 when the Controlled Substances Act labeled it a Schedule I Drug. The decision was reversed and hemp became legal to grow again in 2018.

“There are a lot of idealistic and forward-thinking people I have met on my hemp journey,” said Kattia Jiminez, owner of Mount Horeb, a fellow hemp farm outside of Madison, Wisconsin. “That’s probably been the best part. Especially in times when there can be a lot of cynicism around our politics.”

The original intent for both South Central Co-Op and Mount Horeb was to only work as farmers and harvest the biomass. However, it did not work out as planned. The markets fizzled out before they got the hemp out of their fields. Pivoting, they each began to produce and market their own CBD products.

Many hemp farmers would like to see Wisconsin take a step further, joining its neighboring states in legalizing recreational cannabis.

“I think there’s a lot of potential for tax revenue,” Jiminez said. “A lot of people only know the war on drugs version of what cannabis does. They may not know all the medicinal qualities or the history it has in our country.”

Check out the CBD products for South Central Co-Op and Mount Horeb Hemp. 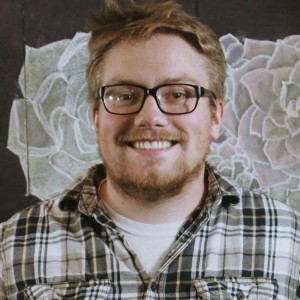