Delta-8-THC has been popping up in headlines as states respond to murky legalities in the cannabis and hemp industries. The average cannabis user may be more familiar with Delta-9-THC, the infamous psychoactive component of the cannabis plant. Similar in molecular structure to Delta-9, Delta-8-THC is another cannabinoid in the cannabis plant, normally found in trace amounts. However, with the advanced lab capabilities of our standardized industry, manufacturers have discovered a way to convert hemp-derived CBD isolate and create large amounts of Delta-8-THC and other THC isomers. This has boomed a huge revenue stream for industrial hemp farmers, who isolate these various cannabinoids and sell them in bulk to the wholesale market.

Under a microscope, Delta-8-THC and Delta-9-THC are identical cannabinoids just arranged in a different order. They both contain a double bond on their carbon chain, making them both psychoactive. The effects they produce, overall, are similar. Some small studies have suggested that Delta-8-THC is slightly less potent than Delta-9, but further research needs to be conducted in this area to be conclusive. While some have referred to Delta-8 as the cousin of Delta-9, it seems on a microscopic level they are more like fraternal twins. With much to still be discovered about the effects of Delta-8 and other THC isomers, many States have begun creating and revising regulations.

The current Farm Bill, written to legalize the growth and use of hemp products in 2018, states that hemp products can be cultivated and sold as long as they contain less than .3% Delta-9-THC. This Delta-9 specification paved the way for the Delta-8-THC loophole, allowing many hemp manufacturers to begin creating and wholesaling Delta-8-THC isolate on a massive scale. While Delta-9-THC was under strict federal regulation, these other THC isomers were not on the radar.

In May 2021, the Department of Public Health and Environment in Colorado provided a notice stating, “converting any naturally occurring cannabinoids from industrial hemp is non-compliant with the statutory definition of “industrial hemp product.” The State Department made the argument that the “Delta-8 loophole” was not a loophole at all but rather a misunderstanding of the law. Hemp-derived Delta-8 THC and other isomers of Delta-9 are currently banned from production in Colorado, with some hemp farmers fighting back and taking the argument to Washington D.C.

New York, a newly legalized state, is also revising their current regulation to prohibit the creation of synthetic THC isomers derived from hemp products. The new proposed rule has raised many questions around the parameters of the prohibition, leaving many current Delta-8 retailers wondering what the next move is. The proposed update is open for public comment until July 19, after which it will be revised and officially adopted into regulation.

Ohio also takes action, with the Department of Commerce issuing new guidance that all licensed cannabis products must list on the label if Delta-8-THC content is present. Processors will have to be transparent to the State and the consumer about how Delta-8 is being used and which products contain it. This transparency, however, does not apply to the plethora of other hemp CBD products sold in smoke shops and gas stations that have already begun to incorporate Delta-8-THC into their ingredients. Instead of mirroring Colorado and New York, the Ohio Department of Agriculture states it will wait for the DEA before making any major prohibition moves against the hemp industry.

It is still unclear whether we will see sweeping federal regulation over these THC isomers. Demanding more clarification from Washington D.C. surrounding the Farm Bill will either halt Delta-8-THC production immediately for hemp farmers or prove the loophole to hold weight. New research into the specific effects of these THC isomers will also shed light on how they could be used, but if we follow historical trends, with psycho-activity comes regulation. 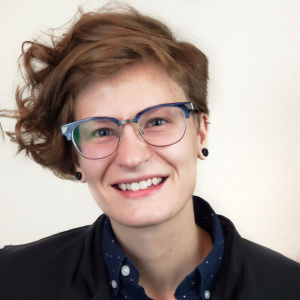